True to form, we have mankind’s unceasing desire to wage war against ourselves to thank for drone photography.

Military advantage has always been the biggest force behind technological advancement and it’s no different when it comes to unmanned aerial vehicles (UAVs).

The first record of aerial photography used in war is from the 1898 Spanish-American War where US military forces attached a camera to a kite! 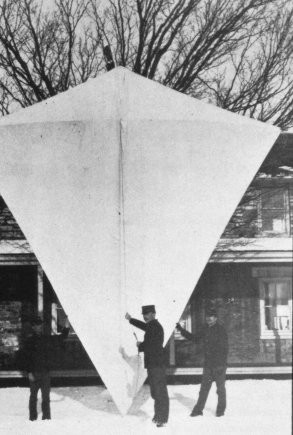 In the 1900s government defence forces across the globe made use of rudimentary UAVs for various military uses from target practice for anti-aircraft crews in the World Wars to full-blown camera surveillance in Vietnam.

Then, in 1993, the CIA commissioned an Israeli engineer to develop what became known as the GNAT-750 – Baby brother to the now infamous and feared Predator drone that has been widely used in modern military exercises.

It was only in 2010 that commercial-use drones began to appear.

Finally, we ordinary citizens could get our hands on drone technology and use it for fun and for business applications.

Today, drones are used for:

How would you feel getting into an UBER Air?

As marketers though, we are most interested in the first application – Advanced photo and video capturing.

Because drone photography has made aerial perspectives a reality for any sized businesses.

In the past, video or image captured from the air meant paying for a helicopter or light aircraft. Imagine the cost! Only the mega brands could really make use of this unique perspective in their advertising. 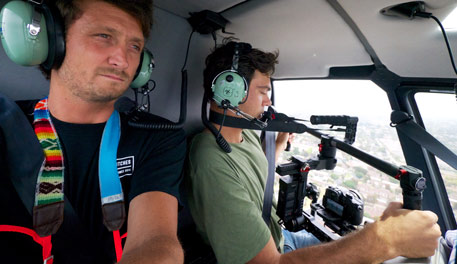 I don’t need to tell you how difficult it is to create marketing material that stands out from the 10 000 other brand messages your audience is exposed to each and every day.

Fortunately, drone photography makes it a lot easier to create something different.

What’s in an Angle?

The key difference of drone photography is the unique perspectives that you can show your audience.

When you present a scene in a way that’s rarely been seen before you grab a lot more attention than you would from a scene captured at eye-level.

We see everything from eye-level so nothing brands show us from this perspective will seem interesting.

With aerial perspectives it can almost seem like we’re seeing a different reality – And that’s interesting! 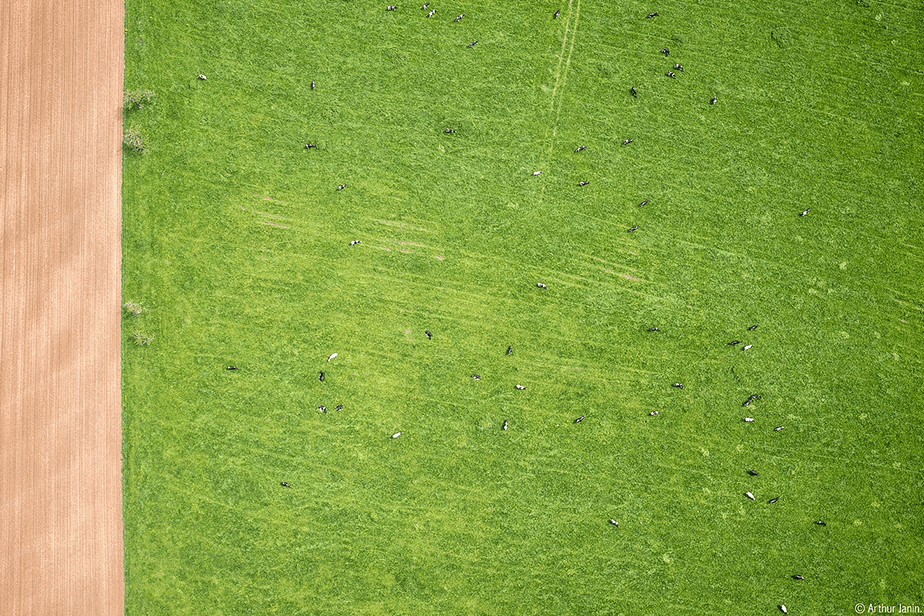 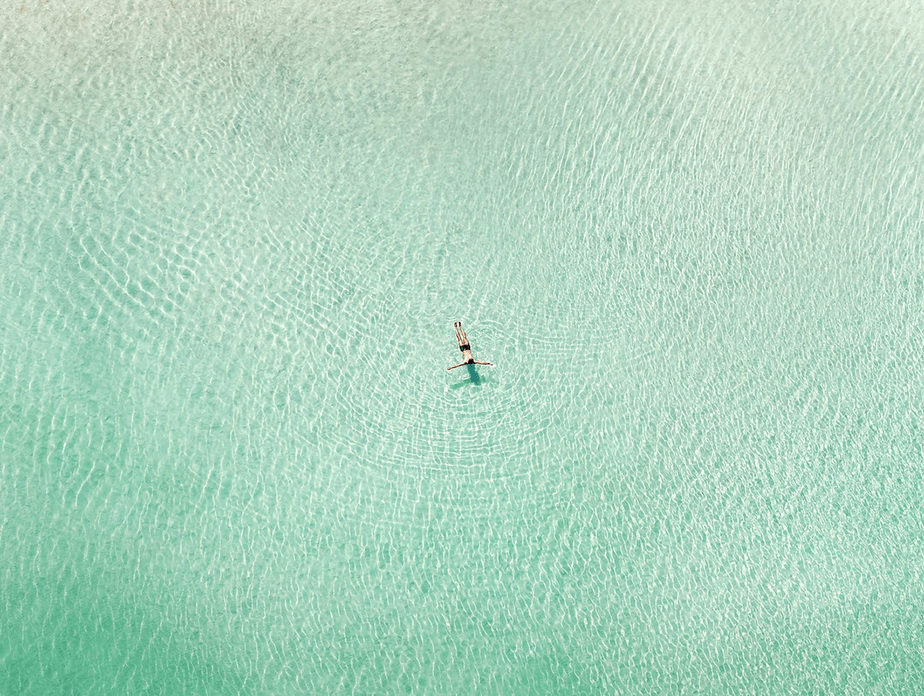 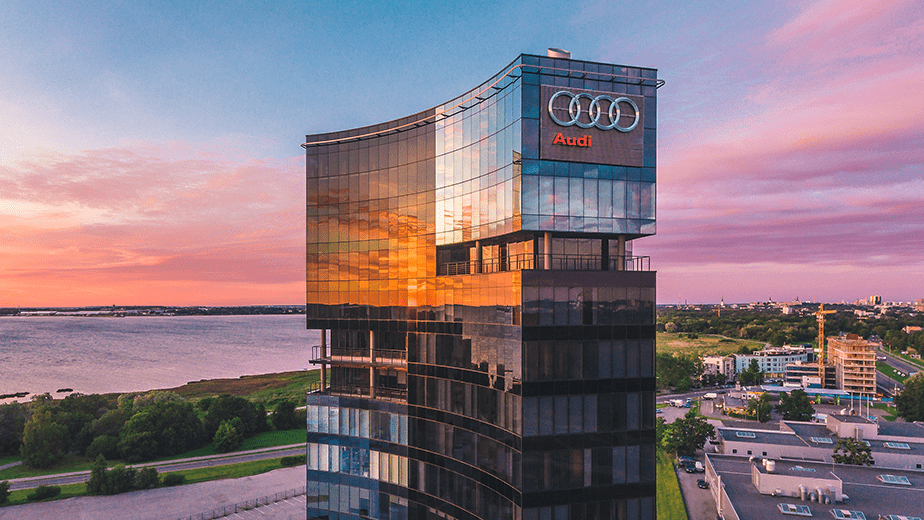 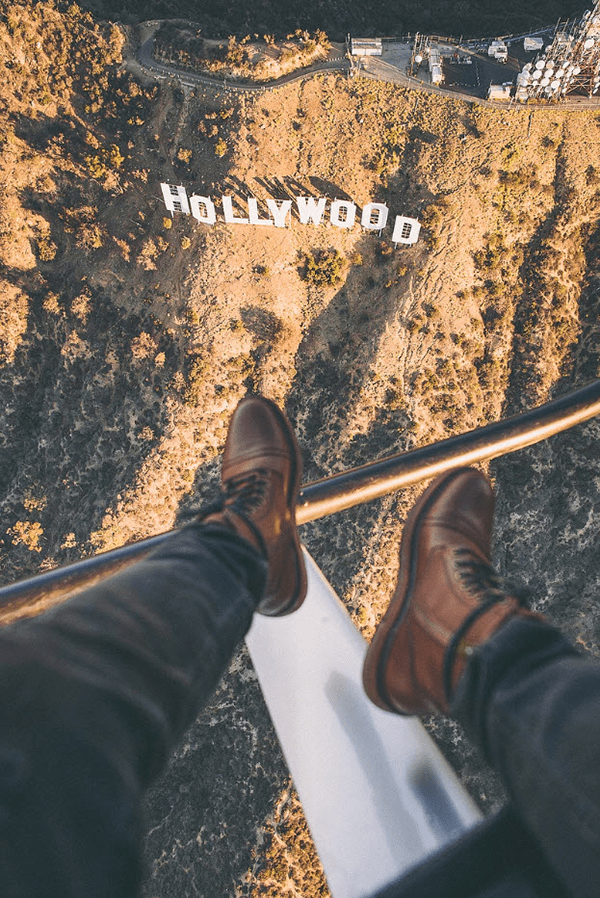 In each of these images, it is the perspective that creates the interest and magnifies the message.

You can capture attention-grabbing images like this for your businesses marketing by using a drone photographer.

It won’t cost you a fortune either.

How to use Drone Photography in Your Marketing 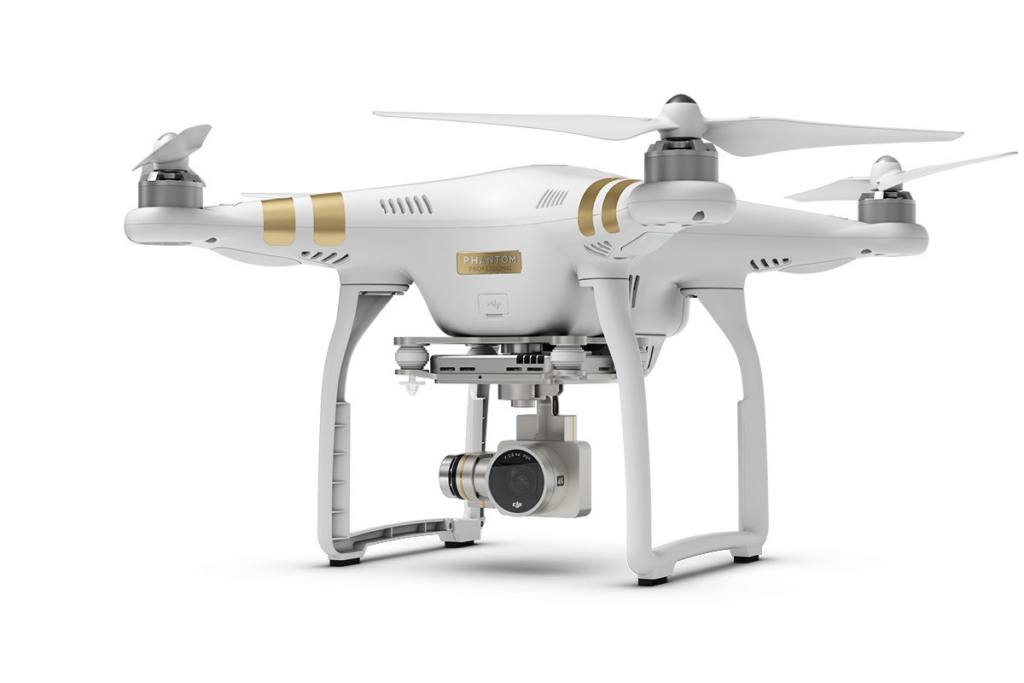 The DJI Phantom 3 is a favourite among aerial photographers because of the excellent price to quality ratio.

The video quality is 4K and the drone is very easy to control and fly. The UHD Video Camera combined with a 3-axis gimbal gives you super smooth videos, crystal clear photos and great features.

The battery life is also particularly good for its class. 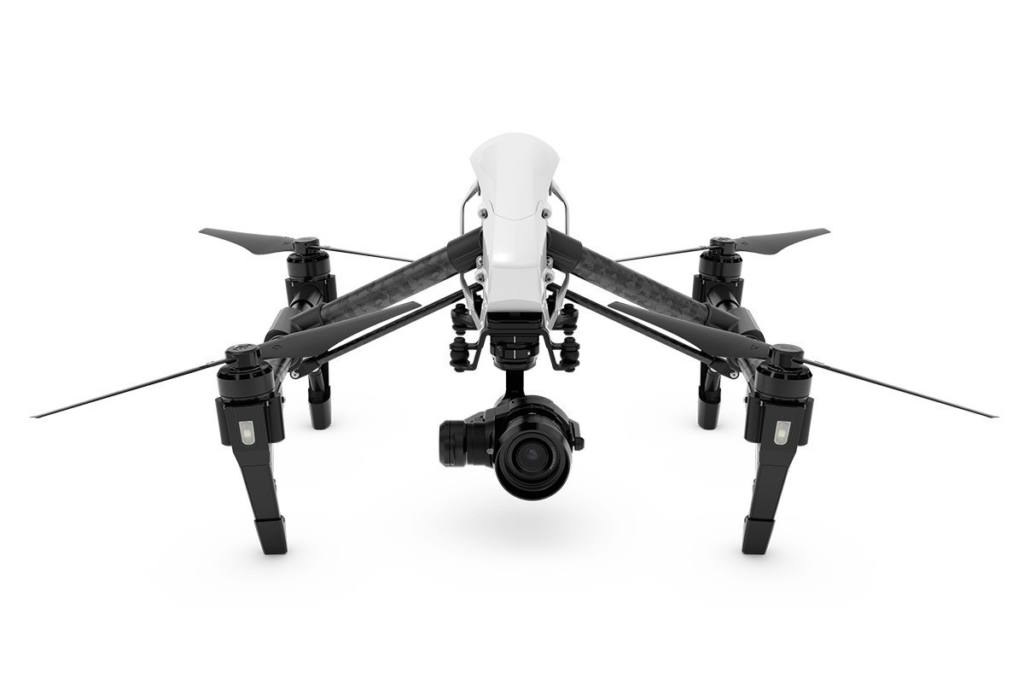 The DJI Inspire Pro is targeted at professional photographers and cinematographers.

A micro four-thirds camera system is the main innovation of this model. 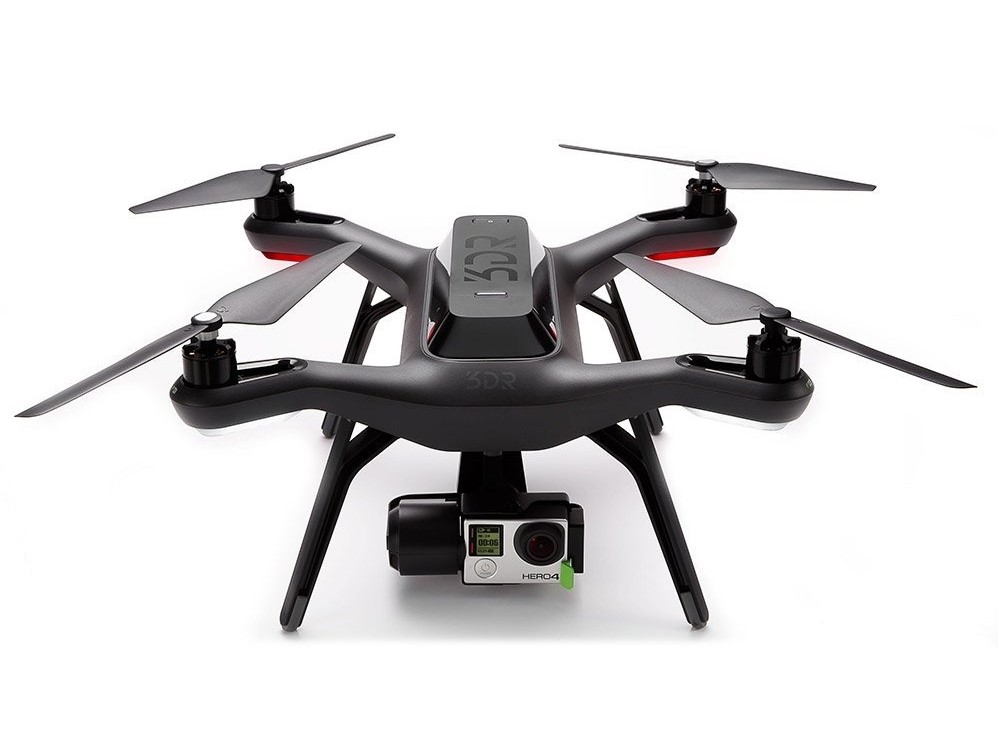 3DR is a popular company in the world of drones.

The Solo has a very clean, functional design and flying the drone and controlling its functionalities is also a relatively easy task.

The video-game-style controller can be easier to use and more intuitive than the DJI controllers for some first-time quadcopter pilots. Pilots can make the drone take off, pause flight mid-air or begin capturing footage and shooting photographs simply by pushing a button.

Solo is powered by twin computers and it’s advertised by the manufacturer as the world’s first “smart” drone. The drone comes with a flight time of around 20 minutes per battery, a range of 0.5 miles and an HD camera with a gimbal for added stabilization.

There’s no secret way to learn how to fly a drone – You just need hours behind the controller.

A word of advice though… Start small, in a big open area and always fly in a way that feels beneath your talent 😊

You need to use some creativity and imagination to come up with ideas on unique perspectives of scenes related to your products or services.

Sometimes it’s enough that the image is captured from the air. It all depends on how much drone photography your audience has been exposed to.

If you’re in the real estate industry, you’re in for a challenge to come up with something unique that still effectively showcases your stock.

If your niche is industrial equipment sales – You’re in luck!

Now Go forth and capture the scenes you’ve imaged.

This is the fun part! Provided you don’t crash and wreck your new toy.

Depending on which country you live in “The Man” has seen fit to make lots of rules around the use of drones. 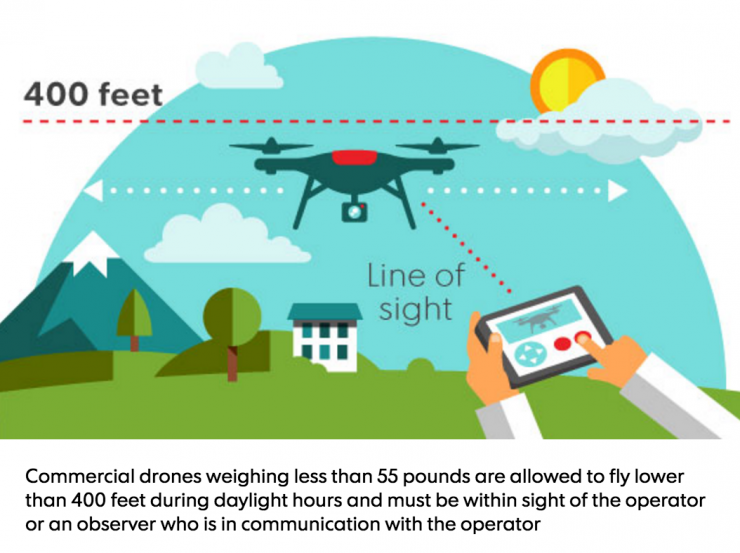 As you can imagine, little flying machines with video cameras attached to them are prone to misuse.

Not to mention the potential safety hazard of thousands of amateur pilots crashing into unsuspecting bystanders.

Here in the UK:

There is also discussion around implementing a standardised competency test similar to the process of obtaining a driver’s licence.

In January 2017, the Elbphilharmonie in Hamburg finally opened its doors. Designed by Swiss architects Herzog & de Meuronon on top of a warehouse from the 60s, it is more than just a concert hall and it deserved more than a simple piece of video work. This drone tour of the Opera House shows the all encompassing nature of the technology and how it was used to fully tell the story of the build and promote how it will function for the excited customers.

Should You Use a Drone Photography Agency?

Depending on the amount of drone photography you will be doing it might be better to use an outside company on an ad-hoc basis.

When you consider the cost of the equipment, the time needed to learn how to fly and the legal risks, it doesn’t make sense to do it in-house for a few productions a year.

If it makes more sense for your business to outsource your drone photography needs, give us a call. VISUAL is a full-service marketing agency and we have the expertise to design and implement a strategy that incorporates the benefits of drone photography within the creative mix.

Playable Ads. A ‘must-have’ in every brands toolbag for 2021

Playable Ads. A ‘must-have’ in every brands toolbag for 2021